Here at Eden's Herbals, we appreciate our veterans. We are veteran-owned and operated, and source our CBD from farms right here in the United States. We believe that cannabidiol should be affordable and accessible to all people, but especially for our veterans. Our products are designed to help with many types of aches and pains!
We thank you very much for your service to this great country and we want to show it with a permanent discount.
To say thank you for your service, we offer a 15% discount to:
If you or someone you know served this country, please send a valid ID, member card or DD214 (black out private data) to [email protected] and we will proudly email you the coupon code for our 15% CBD veteran discount.
If you have any questions about cannabidiol, it's benefits, or the various discounts and promotions we regularly offer, don't hesitate to reach out and we would be happy to help you today! 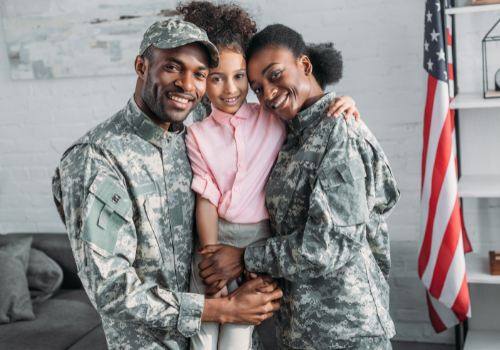 CBD for Veterans and First Responders

Until recently, CBD was associated with marijuana and the psychoactive component THC. But with the recent passage of the Farm Bill Act, a disruption in our collective thinking has occurred. CBD is legal and gaining steam in both the scientific and consumer sectors as a potential health aid in various medical conditions.

CBD might be widely used by the public, but questions remain about CBD for our service personnel and emergency workers. Is it allowed? Will you pass a drug test? What kinds of conditions can it help with?

If you are one of those brave men or women, here is everything you need to know about using CBD!

CBD, also known as cannabidiol, is one of two primary ingredients found in cannabis. You’re probably familiar with cannabis’s other ingredient, THC, the component responsible for getting you high. Until recently, it was difficult to get CBD without THC.  In addition, all forms of cannabis were illegal - making it quite tricky to reap its health benefits.

Thanks to the 2018 legal classification, CBD and THC are permitted - as long as the THC content is under 0.3%. And because there are no psychoactive consequences to worry about with CBD or THC at such a low dose, CBD is safe to use, even for our frontline personnel.

While CBD is relatively new to the marketplace, research and results so far are impressive. A CBD-based drug, Epidiolex, was recently approved by the FDA to help relieve symptoms associated with Epilepsy. CBD has also been studied and identified as assisting in the following ways:

Arthritis: In 2016, researchers published a report that determined CBD showed “therapeutic potential for relief of arthritis pain-related behaviors and inflammation without evident side-effects”.

Addiction Issues: The Federal Government monitors CBD’s use in several areas but has a keen interest in studying its properties in helping alleviate addiction issues - especially opioids. Some recent studies have shown a possible link between CBD and addiction recovery.

MRSA: A type of staph infection that’s resistant to most antibiotics, MRSA may have a new fighter on its hands. In 2020, researchers found that CBD effectively treated MRSA biofilms and MDR bacteria. 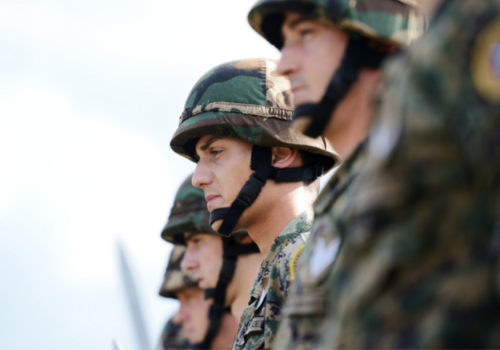 The United States provides several regional hospital centers and outpatient clinics where most veterans receive health care. If you’ve served in our nations' military, that’s one of the perks you receive. Unfortunately, many centers have a long wait time and are overburdened at times.

One of the ways the government is dealing with understaffing is to educate our veterans and aging population about the advantages of preventive care. CBD is poised to be a handy weapon in our toolbox for fighting many veteran-related diseases.

This amazing compound is not cheap so it’s important to find the best CBD discounts for veterans. Here at Eden’s Herbals we offer a permanent 15% discount on all orders, as well as frequent sales for even larger savings.

Common Injuries and Conditions Helped by CBD Oil for Veterans

Our veterans age the same as the general population but face unique challenges. For example, if you served in the Navy, you might’ve been exposed to asbestos more than your average Joe. Several issues, not necessarily isolated to, but affecting veterans at a much higher rate include:

Cancer: Exposure to Asbestos and other harmful chemicals can lead to many cancers, including Non-Hodgkins Lymphoma. Veterans, unfortunately, suffer from high rates, which may especially be true for those who served in recent conflicts in Iraq and Afghanistan.

Diabetes: Diabetes affects around one in four veterans, much higher than the average population.

Osteoarthritis: Even if you never fought, most veterans suffer from knee and ankle movement limitations from everyday wear and tear and the rigors of training.

Pain Caused by Injuries: Whether the loss of a limb or scarring caused by burns, or non-battlefield injury, most veterans suffer from pain.

TBI (Traumatic Brain Injury): Because of its sensitive nature, the brain has very little protection, especially in battlefield conditions. TBI is another injury that affects veterans much more substantially than the average population.

According to the VA (Veterans Administration), Post Traumatic Stress Disorder (PTSD) is a mental health condition you may develop after witnessing a “life-threatening event, like combat.” They break it down by category, including:

Operation Iraqi Freedom: Around 15-20% of those that served in OIF.

Gulf War: Around 12 out of every 100 served in Desert Storm.

Vietnam War: It’s estimated that as many as 30% of Vietnam Vets have experienced PTSD. 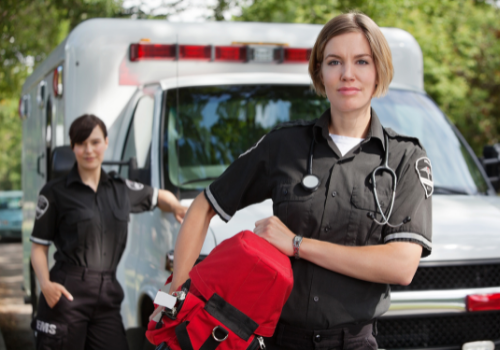 One of the most common things frontline health workers, military personnel, and civilian first responders have in common is PTSD. Although not all have PTSD, the job is often stressful enough to make it a real possibility of one day facing its effects.

In 2019, researchers conducted a series of tests looking at CBD’s effectiveness in treating PTSD. From the sample of 11 patients, the results showed that CBD lessened the severity of PTSD after eight weeks. Conducted alongside psychiatric care, the patients showed a reduction in nightmares, and the CBD was well tolerated with no side effects.

Our nation’s military often deals with many emergencies but may not be seen because of more covertness. CBD has many applications that make it ideal for our active military. Some CBD therapies, already mentioned, include addiction issues, depression, PTSD, and pain.

Because most of our military comprises relatively young, fit men and women, issues like Alzheimer’s and cancer don’t come up as often as veterans. Some conditions active military may suffer from more of that CBD may help with include:

Is CBD Allowed for Military?

Knowing all of the amazing benefits of CBD, it’s only natural to ask, can I take CBD in military active service. Under Article 112a of the Uniform Code of Military Justice, CBD is prohibited to use, sell or distribute by any uniformed members at all times and places. One exception is for members suffering from a rare form of epilepsy, in which case they can, through prescription, take Epidiolex.

Does the Military Test for CBD?

The short answer is “no”. The military, like most establishments, does not test specifically for CBD. They will likely test for THC, which is present in many CBD products, but only in trace amounts.

Will CBD Show on a Military Drug Test?

This can be a little tricky. The military currently only tests for THC. Even the most potent CBD, a Full-Spectrum Oil, will only contain, by law, 0.3% maximum THC.

So what does that mean? Can CBD show up in military drug test results?

The consensus is that it’s too low to register on any drug test at that level. However, the National Guard has posted information that counters that argument and warns service members that CBD may trigger a “false-positive” outcome. The everyday stresses of the job make CBD a perfect health supplement for first responders. Often, they’re the ones who show up first to help and do what they can to ease suffering. While our nation’s military fights away from home, first responders are the brave men and women doing their duty to serve people here at home.

Again, CBD oil for first responders is not always cheap. It will be important to find the best CBD first responder discount available. You will find that at Eden’s Herbals with our permanent 15% off for veterans and first responders, as well as frequent larger sales!

Firefighting is one of the most challenging jobs on the planet. These folks have to be in great physical and mental shape. CBD is a perfect companion because of the rigors and the stress of the job. In terms of legality, it depends on where you’re employed. It’s best to check with your captain before using CBD. 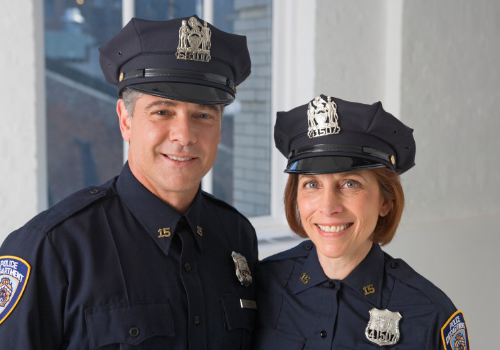 According to the WHO (World Health Organization), CBD is safe and well-tolerated, making it a great fit in most police departments. Understanding the nature of legalities, some officers might prefer a THC-Free product. Fortunately, there are many options, including THC-Free CBD Oil and CBD Isolates, which are pure CBD extracts.

Can Police Officers Use CBD?

In short, yes. It is always recommended to check with your police chief, but CBD is legal, so it is unlikely to be an issue.

EMTs are who we see after a call to 911. Our local and civilian folks respond first and often have to witness and help at the immediate point of conflict or accident. While highly trained, EMTs are burdened with tremendous daily stresses.

Is CBD Legal for Me?

CBD is legal in all 50 states, but it depends on where you’re employed. Because it’s still so new, many departments only outlaw the use of marijuana. Uniformed personnel can check their IAFF membership to see if CBD is allowed (if you’re a member).

CBD will be as common as coffee or tea is one day, and our nation’s first responders are no exception. CBD offers tremendous potential, in terms of health benefits, especially in fields of PTSD and stress.

CBD offers many potential benefits, whether as a nurse, air force pilot, EMT, or firefighter. Recent studies have demonstrated its effectiveness in treating several conditions. CBD is convenient and easy to take with your daily regimen. You can put it in your coffee or simply bring it with you to the field.