Increasing Use of Cannabis for Medicinal Purposes to Aid Expansion

Legalization of Cannabis For Recreation Will Give Companies The Stage “High”

Not so long ago cannabis was considered a taboo in countries across the world. 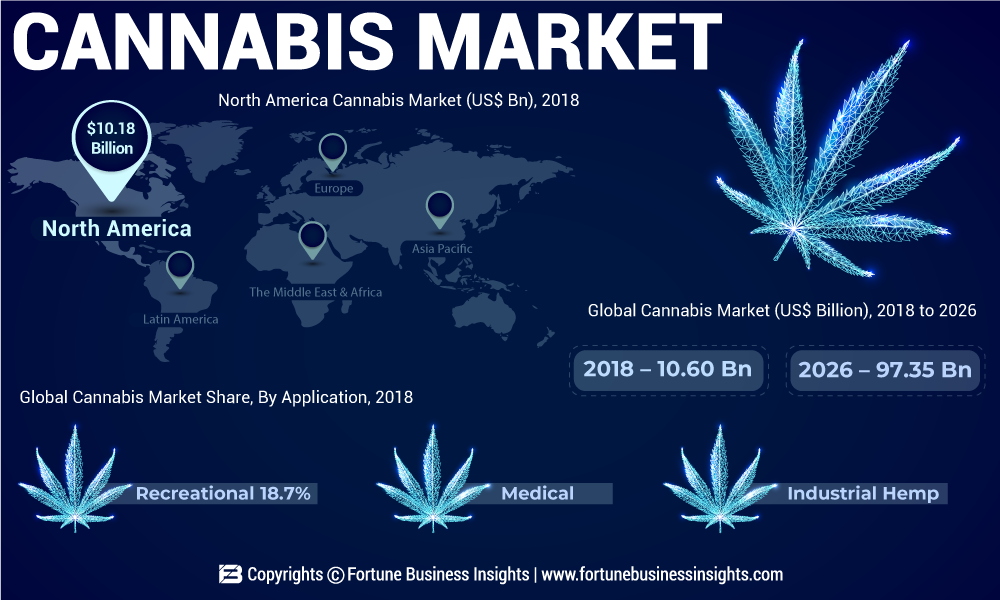 Countries such as Uruguay and Canada are the only nations to completely legalize the consumption of recreational cannabis. Eleven states in the United States and the District of Columbia have legalized the recreational use of cannabis. However, it is federally illegal as the state law does not allow the sale of marijuana or any commercial activity within the country apart for medicinal use.

After the legalization, the cannabis industry has flourished significantly, letting investors and companies into the marijuana moneymaking business.  The demand for a cannabis-based product is on the rise. This will create attractive opportunities for companies.

The Marijuana stock grew rapidly after Canada legalized the use and consumption of marijuana. The introduction of new laws and policies is expected to bode well for companies operating in cannabis production and distribution. For instance, Canopy Growth, the world's most valuable weed grower, announced that it has acquired Spectrum Cannabis Colombia to directly serve the Latin America market

Companies have started to cultivate CBD plants, creating a high production chain of cannabis to serve the needs of the people. For instance, PharmaCielo is only cultivating CBD plants, which have easier export regulations, with plans to sell products based on those plants in nations where it's legal abroad. This policy helps them to rely on their own facility and thus gradually strengthen their capacity by hiring outside farmers.

A breakthrough in the cannabis marijuana industry was the development of cannabis-based drugs to treat childhood epilepsy. The European Commission has approved the use of Epidyolex for seizures associated with two rare and severe forms of epilepsy, Lennox-Gastaut syndrome (LGS) and Dravet syndrome for patients aged two years and older.

Epidyolex is the first cannabis-based medicine for childhood epilepsy, which will be soon available in the UK and the rest of the European market. Pharmaceutical companies have received green light for the sale and distribution of cannabis-based drugs. For instance, Cambridge-based GW became the first company to receive a license for their drug Epidyolex, which, will treat seizures associated with two rare and severe forms of epilepsy, Lennox-Gastaut syndrome (LGS) and Dravet syndrome for patients aged two years and older.

The medicine is a plant-derived and will be available in a strawberry-flavored cannabidiol oral solution that is taken twice a day and lacks the “high” associated with cannabis.

High Potency Of Marijuana Concentrates Will Have Side Effects On Teens

A recent study conducted by journal Pediatrics of Arizona in 2018 showed that 33% of students reported having used cannabis at least once, and 24 percent reported having used a marijuana concentrate at some point. The study revealed that teens who consumed marijuana concentrates are more likely to use other substances or drugs in the latter days. Researchers also found that high rates of concentrate use in adolescents and exposure to cannabis with higher THC

(tetrahydrocannabinol) content could increase a person’s risk for cannabis use disorder, cognitive impairment, and psychosis. The side effects associated with cannabis among teens can dampen the growth of the cannabis marijuana industry in the future.

Increasing Number of Countries Are Requesting for Legalization of Marijuana

Geographically, nations such as Australia, Germany, the U.S., and Canada are likely to emerge as the leading markets with respect to selling marijuana. On the other hand, the cannabis market in Israel is emphasizing more on research and development of technology in order to share more knowledge about cannabis and its medicinal properties to the world.

The rising number of companies operating in the cannabis market is likely to spoil end users with a variety of options. Companies are focusing on creating products based on cannabis that will not only be effective but also safer to use. For instance, the introduction of marijuana oil has created lucrative growth opportunities for the market because it is much safer to use as compared to the traditional methods of smoking marijuana.

Aman is presently working as a content writer at Fortune Business Insights. His key focus is to deliver quality content to his audience. He specializes in blog writing, articles, and press releases. As a writer, he believes in learning and exploring different areas to communicate with his readers vividly.

CBD has not been approved by the FDA to diagnose, treat or cure any illness.  All of the articles on this site are written by 3rd party content providers, expert bloggers or Doctors not directly affiliated with Eden’s Herbals. Individuals should learn the risks and side effects prior to taking CBD. Make sure to always check with a medical professional before starting any new CBD treatment or medication. 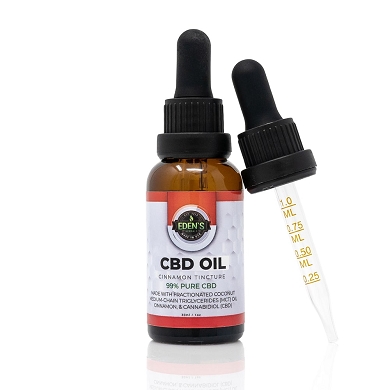 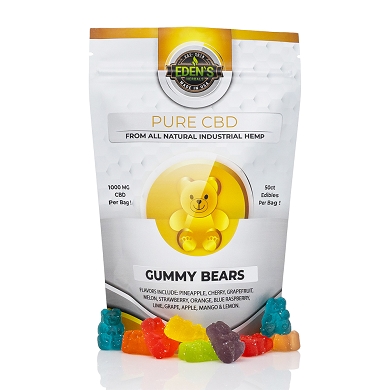