Since the Farm Bill Act of 2018 was passed, legalizing CBD, many of you are asking questions about the difference between delta ten and delta eight. In short, delta 10 and delta eight are THC cannabinoids, with delta eight being stronger (more on that later).

This post will explain all you need to know about these cannabinoids, including their flavor profile and potency. We’ll also go over the different effects of these two THC cannabinoids. Keep reading if you’re unfamiliar with CBD and THC and how they interact!

THC, short for tetrahydrocannabinol, is the compound found in cannabis responsible for making you high. One of over 100 compounds found in cannabis, THC, can be seen in the resin produced from marijuana. When ingesting THC, cannabinoid receptors in your brain are affected.

Once THC is triggered in the brain, several mental and emotional changes take place, including:

Does THC Have Medicinal Value? 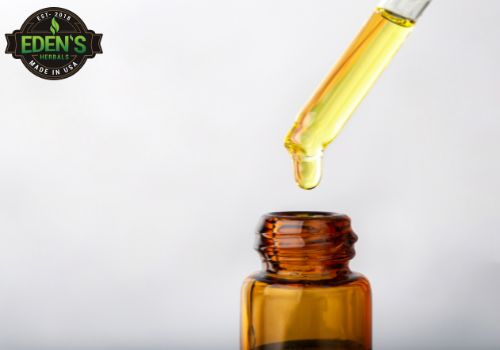 Yes. Cannabis has been used for over 3,000 years to treat several diseases. Currently, THC has been shown to help with the following issues:

Delta 8 is a THC cannabinoid that provides mild euphoric feelings and a sense of well-being. Delta 8 and delta 10 belong to the tetrahydrocannabinol family and THCV, THCA, and THCP.

Delta eight and delta 10 are molecularly similar to delta 9, the THC typically found in marijuana. Delta 8, however, is not as strong as delta-nine and has fewer side effects. Delta 8 is generally sourced from hemp, a lower-strength variety of cannabis.

For high-quality delta 8, extraction can be quite expensive. Eden’s Herbals, for example, extracts all CBD and delta 8 THC from a CO2 extraction machine. While more pricey to produce, this removes harmful solvents and residuals from the final product.

Delta 8 is highly sought after because of its ability to interact positively with tour ECS, or Endocannabinoid System. Studies have shown cannabinoids may help with: Some key points when discussing delta 8 include the following:

Delta 10, like delta 9, triggers your ECS once ingested. The ECS is responsible for regulating almost all physiological functions in your body. The ECS regulates your mood, sleep, organ, and tissue functions.

Much less is known about delta 10, except that it, too, is a THC cannabinoid. You’ll find delta 10 in trace amounts of the cannabis plant, most often sourced through the hemp variety. Some studies show it also may help improve mood, relieve stress, and provide an overall calmness.

As noted, delta 8 is more potent than delta 10. They both produce euphoric feelings, except delta 8 has a more euphoric effect. Some people also report delta 8 makes an appetite while delta 10 promotes restful sleep.

Delta 8 might also be more effective than delta 10 for anxiety. Some reports show that delta 8’s ability to produce euphoria contributes to increased calmness and a sense of well-being. That’s because it contains more THC than even standard delta 9, the type typically found in marijuana. 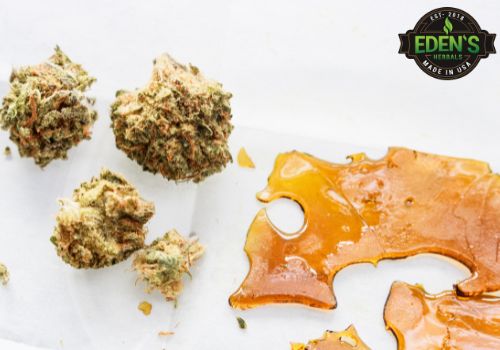 Although research is minimal, some report delta 10 is much milder than delta eight and delta-nine but still produces some euphoria. Because of its milder components, delta 10 THC has fewer side effects. If you struggle with anxiety, for example, delta ten might be preferred over delta eight and delta 9.

Delta 8 is superior for helping increase your appetite. In 2004, researchers found delt 8 THC increased food intake in test mice. Compared to delta 9, researchers noted delta 8 had fewer side effects. Delta 10 has not been studied for appetite.

Delta 8 has been shown to help alleviate pain and inflammation. In one study, subjects treated with delta 8 THC showed improved outcomes for Irritable Bowel Disorder, an inflammatory gut disease. When combined with CBD, delta eight also showed the ability to block pain.

As noted, Delta 8 is more potent than delta 10. Because of this, you’ll notice more euphoria and psychoactive effects with delta 8. Little is known about delta 10.

But what is known is that it’s less potent than delta eight and produces less intensity. Delta 8 is much more popular, but as we learn more about delta 10, many may prefer the less potent side effects.

Side Effects Delta 10 and Delta 8 THC 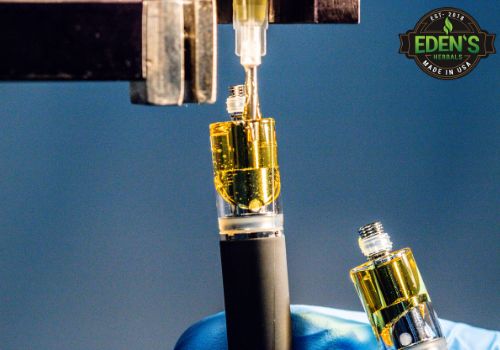 The safety and tolerance of delta ten and delta 8 are relatively unknown. However, no fatal overdoses have been reported. Some have said the following symptoms:

Delta 10 and Delta 8 THC are both federally legal as long as they contain less than 0.3% THC. To ensure you don’t have any adverse effects, consider starting with the milder delta 10. Make sure your company uses lab certificates when buying your THC, like that found in our Full-Spectrum CBD oil.

What are lab certificates?

A lab certificate is a certificate that ensures your THC and CBD has been tested for purity, strength, and quality. By overlooking this vital step, you may be getting impure THC or contains additional solvents from the extraction process.

Eden’s Herbals uses CO2 extraction, ensuring your THC is free from residuals. We also source all our hemp from American farms that use organic practices.

The articles on this site are written by 3rd party content providers, expert bloggers, or doctors not directly affiliated with Eden’s Herbals.

Individuals should learn the risks and side effects before taking CBD. Always check with a medical professional before starting any new CBD treatment or medication that is not FDA-approved.