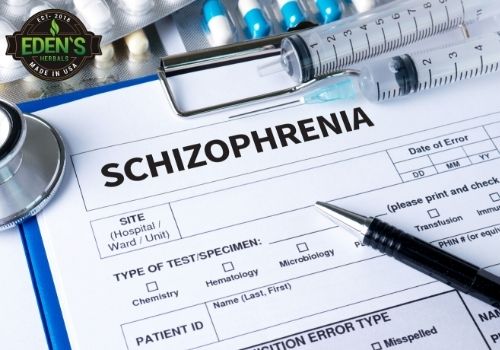 CBD has been one of the hottest supplements of the past year. Tens of millions of Americans began trying the compound after its 2018 legalization.

CBD has proven to be very popular because of anecdotal evidence. Numerous studies show that the supplement has tremendous potential, being able to help people who suffer from an array of physical and emotional conditions.

More evidence is needed before definitive conclusions can be made, but many are hopeful about CBD's potential to address many challenges. Particularly those related to mental health.

One of the more prominent and severe mental illnesses in America is Schizophrenia. This devastating disorder affects millions of Americans and comes with severe, debilitating symptoms.

Although, many are asking whether CBD can be used to help people who suffer from this disease.

Schizophrenia is a severe mental illness. It can significantly impair someone's ability to function in society. It comes with highly disruptive symptoms, including:

This disease can also be very difficult to treat. Medication, therapy, and other forms of assistance provide some relief, but not necessarily enough.

Many individuals have turned to non-traditional ways of treating this mental illness. This includes trying CBD.

Can CBD help with Schizophrenia? It is worth noting that there is a connection between THC and Schizophrenia. But not necessarily in a good way. Some studies found that long-time users of marijuana are more likely to show signs of Schizophrenia.

However, THC is a cannabinoid, and it is not CBD, which is an entirely separate cannabinoid. This is worth mentioning because some believe that CBD can actually have a moderating impact on some of THC's most severe effects. This would potentially indicate that CBD could help people with schizophrenia.

There is some evidence to suggest that this is the case. For example, some doctors have noted that CBD seems to have impacts that are like other antipsychotics.

This could imply that CBD may be helpful at assisting individuals who suffer from Schizophrenia.

Some studies have more formally examined the role that CBD has amongst people who suffer from Schizophrenia.

For example, a 2019 study noted that CBD may help to improve cognition. This could potentially improve a symptom that is commonly felt by schizophrenic individuals.

A CBD schizophrenia study showed that among the small clinical groups most showed significant relief. 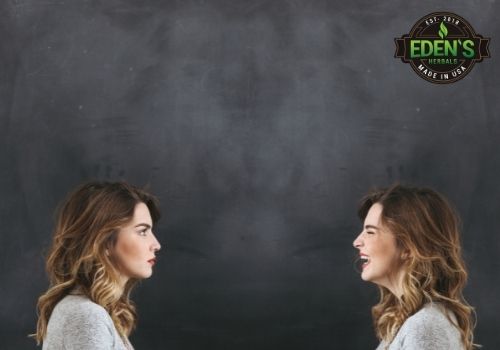 Most importantly have been other studies that have shown that CBD may be able to reduce psychotic symptoms. These studies have shown potential benefits when compared to a placebo group.

Additional studies have noted that CBD may have beneficial impacts on people who suffer from schizophrenia, creating fewer side effects than more traditional medications.

Another 2019 study made similar findings. By reviewing available research, they found evidence that CBD may be useful for people who suffer from a variety of issues, including: 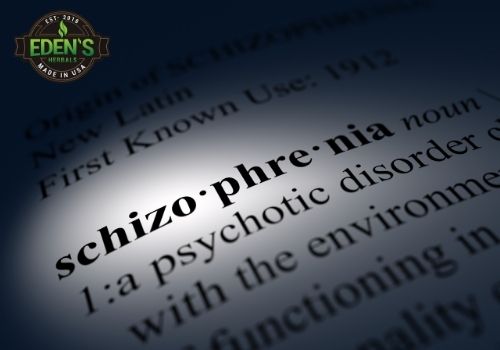 All the above fall in line with some other tests that have shown that CBD may be able to help relieve signs of other mental illnesses.

Studies have noted that CBD seems to aid in reducing the symptoms felt by people who suffer from many different mental illnesses, including depression and anxiety.

It is highly possible that CBD may be useful for people who suffer from schizophrenia.

Yet, that doesn't mean that someone who is schizophrenic should simply stop taking their medication and take CBD instead.

What Kind of CBD should I take?

The best way to deliver CBD to your ECS is by orally ingesting it! CBD gummies are a fun and easy way to get the relief you need, while also enjoying a delicious treat. 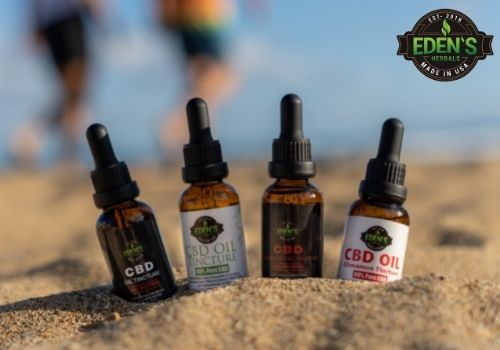 CBD oil tinctures are another great way to get relief fast. The oil is potent and can be added to beverages, as well as meals! CBD oils come in full-spectrum, broad-spectrum, or as an isolate.

As noted above, CBD may have the potential to help people with Schizophrenia. But, there are some important considerations to keep in mind.

First: CBD is not, under any circumstances, an approved medication for people with Schizophrenia. No one should take CBD instead of taking psychiatric medicine as prescribed by a doctor.

Second, do not take CBD without consulting with a medical professional first. To be clear, this is not because CBD is particularly dangerous or has problematic side effects - indeed, CBD's side effects are generally viewed as mild and tolerable.

However, CBD does interact with some medications in a way that can be problematic for users, potentially causing people who take medications to absorb more of a medication than they are meant to. It follows that individuals who are suffering from Schizophrenia and are also taking medications should check to make sure that their medication is compatible with CBD.

Keep in mind that you would check with a doctor before starting any supplement - not just CBD.

Third, make sure that you only purchase high-quality CBD. The CBD vendor should be clear about where the CBD was farmed, as well as their compliance with all applicable local, state, and federal regulations.

Furthermore, they should make a Certificate of Analysis available. This certificate is proof - conducted by a third-party vendor - of where the CBD came from and what is in it.

It will confirm that the CBD contains what the vendor purports it to, and this can help ensure that users are only using high-quality CBD. Always make sure you do your research about the CBD brand before taking their products.

If your medical professionals clear you to do so, it may be worth trying the compound. It may help with your symptoms, as others have found relief from CBD for their schizophrenic symptoms.

If you want to learn more about CBD for Schizophrenia, contact Eden’s Herbals at [email protected] today!