CBD and the War on Drugs

Posted by Eden's Herbals Staff on 1/6/2021 to Information CBD was affected by the War on Drugs in many ways, especially in how it was once prohibited. This in turn affects how it's treated now. To understand these effects today, you should know a little history about CBD and the War on Drugs.

Overview of the 1970s War on Drugs

The War on Drugs started in the 1960s. Drug use became a symbol of rebellious youth. It represented an objection to the US establishment, and a passive way to resist the Vietnam War.

Cannabis was a preferred drug of choice by the hippie movement. All of this came to a head in the 1970s. The US president at the time, Richard Nixon, made a public statement on television. He declared that drugs were “public enemy number one”, thus beginning the War on Drugs.

President Nixon signed the Controlled Substances Act (CSA) in 1970. The statute outlined the five “schedules” that are still used to classify drugs. Drugs are classified based on their potential for abuse and medical application.

Nixon assembled 1486 delegates to discuss drug abuse, among other issues affecting the US at the time. All of the meeting’s participants argued for tackling the root causes of drug abuse. They also agreed on establishing therapy for addicts instead of punishing them and putting them behind bars.

Rather than follow the suggestions of those delegates, Nixon had other plans. Cannabis, including CBD, was made a schedule 1 drug. This placed it right alongside heroin, cocaine, and ecstasy. Like these other drugs, cannabis was prohibited under federal law.

The government continues to spend billions of dollars to combat illegal drug use. Tactics include disrupting distribution and trade and increased sentences for both users and drug dealers. The War on Drugs is still evolving today. 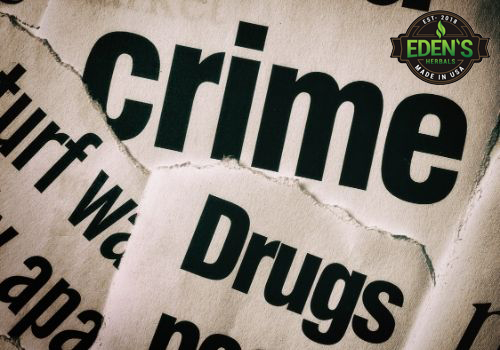 How It Affected the Legality of CBD

The drug war has affected the legality of CBD immensely. CBD has seen massive growth in popularity in recent years because of claims that it treats and helps a variety of ailments and medical problems. However, the drug war makes its use complicated at times.

For example, there is a lot of confusion over what CBD is.

Many people cannot distinguish the difference between CBD and THC. Tetrahydrocannabinol, more commonly referred to as THC, is the psychoactive component of marijuana. This misunderstanding sometimes leads to unwarranted arrests. There are still police officers and prosecutors confused about what is legal and what is not.

Also, new federal rules are published and changed frequently. Some states have yet to change their laws or still enforce some forms of cannabis prohibition.

More confusion was created when a provision of the 2018 farm bill removed a federal ban on hemp production.

This lifting of the ban allowed farmers in several states to begin growing hemp; which looks just like cannabis plants that contain high THC. As a result, some hemp farmers have experienced seizures, raids, and unwarranted arrests.

Currently, the federal law allows for the production of hemp which is rich in CBD and most widely used to produce CBD oil. Unlike marijuana which is richer in THC, hemp usually contains 0.3 percent THC or even less.

Consequently, hemp plants are legal to possess as long as they contain no more than 0.3 percent THC. Legality issues often arise with interstate commerce. For example, truck drivers might be suspected of drug trafficking but they are not breaking the law and only transporting legal hemp. In the past, the War on Drugs had a huge effect on the availability of CBD since it was classified right along with THC as a schedule 1 drug.

This unfair categorization has a huge effect on its availability. This doesn't just include people who needed CBD for treatment. This also affects doctors and researchers who prescribed and studied it.

Therefore, it was almost impossible for CBD to be prescribed as safe and effective when the drug war began in the 1970s. The War on Drugs made the availability of CBD very scarce because there was little money or effort put into its research.

Also, since the government classified it as a schedule 1 drug, companies were not allowed to promote and sell CBD products like you see today.

Research began on CBD in the 1940s by an Illinois University research team. They were interested in learning about the versatility of the hemp plant. The group, led by Harvard graduate Roger Adams, was able to successfully single out CBD.

This was a huge step towards being able to test CBD compounds individually and understand what they are capable of doing.

Up until the 1960s, research on CBD remained stalled. Israeli scientist Raphael Mechoulam took the lead to define CBD’s structure and chemical composition. He separated and isolated the CBD compound. This discovery led to initial testing on primates. That research set the stage to show that CBD is a non-intoxicating compound in cannabis that has several beneficial effects. 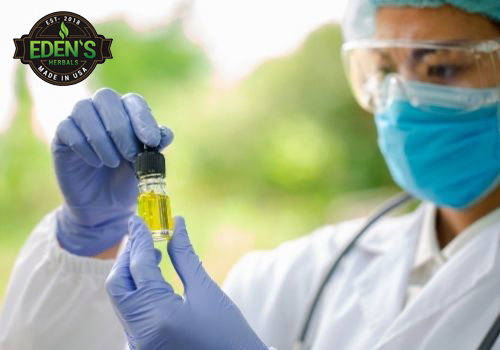 Because of the Schedule 1 ruling on cannabis and CBD, scientists in America had a hard time studying CBD. It was not until 1988 when CBD would take another huge leap forward thanks to American researchers William Devane and Allyn Howlett.

These researchers were responsible for discovering the first cannabinoid receptor in a mouse. Two years later, Lisa Matsuda was able to clone this receptor which allowed for further CBD study.

Two years after that Raphael Mechoulam uncovered endocannabinoids. He found that they are naturally created by the body. Mechoulam was named the Godfather of Cannabis for the discovery. This paved the way for the groundbreaking discovery of CB one and CB two cannabinoid receptors found in humans.

These receptors confirmed that the human body is designed to respond to CBD.

Further research confirmed that the human body responds to cannabinoids in a widespread way. Scientists decided to give all of the body's cannabinoid receptors a collective name. They called it the endocannabinoid system (ECS).

Scientists also discovered the importance of ECS. It support and regulates many of the body’s functions and systems. These discoveries in cannabis research opened new doors for CBD.

In the mid-2000s, the famous story of Charlotte Figi tugged at the hearts of millions of Americans. They saw for the first time how CBD was able to cure Charlotte Figi, a Colorado infant who suffered from Dravet Syndrome.

This syndrome caused severe epileptic disorders for Charlotte until she took CBD, was cured, and able to live a normal life. The reaction from that one story helped change the opinion of a nation and people started focusing on the benefits of cannabis.

Since then, both politicians and voters have taken to the idea of cannabis legalization.

When the 2014 Farm Bill was passed by Congress, it defined hemp as cannabis with no more than .3% THC content. It also established programs to research the impact of CBD on America’s health, economy, and environment.

The government programs that were launched in the last few years to research CBD were very successful.

As a result, the 2018 Farm Bill was passed which fully legalized hemp and CBD. This landmark legislation created a gold rush to produce a wide variety of CBD-based products you see on the market today. Nowadays, CBD products can be found worldwide and its research and popularity continue to grow.

If you're interested in trying CBD, it's easy to do so. The important part is finding a retailer that you can trust. There are many CBD stores online but not all of them are created equally. CBD is not regulated by the Food and Drug Administration, so it is up to the consumer to do their homework!

Look for a third party lab analysis, responsive customer service, and transparency about their products.

There is a CBD product for everyone, and you do not have to worry about the psychoactive effects of THC. CBD has been found to be very safe and well tolerated in most people. Side effects are rare and mild when they do occur. CBD comes in many forms from CBD oil tinctures to CBD infused gummy bears.

Regardless of how safe and federally legal CBD is, we still recommend consulting a physician before starting a new CBD regiment. This is especially true if you are already taking medications which could cause an unforeseen interaction.

One online CBD retailer that meets all of these requirements is Eden's Herbals. They'll even ship CBD to your door for free. Thanks to advances in the laws and regulations of CBD, you can easily (and legally) order CBD from all 50 states!