CBD vs THC The Two Cannabinoids You Should Understand The cannabis Sativa plant or marijuana contains many natural components that include cannabinoids. The cannabinoids normally interact with receptors adjoined to faculties such as the Central Nervous System (CNS) to produce varying responses. According to the University Of Washington Alcohol & Drug Abuse Institute, marijuana has over 60 classified cannabinoids, including Tetrahydrocannabinol (THC), Cannabichromene (CBC), Cannabidiol (CBD) and Cannabinol (CBN). The cannabinoids are differentiated based on their psychological effects on users or test subjects.

Studies show Cannabidiol or CBD constitutes up to 40 percent of the cannabis resin. The legalization of CBD at the federal level has seen CBD and THC grow into a multi-billion dollar industry. It is believed to be the fastest-growing sector in the job market. A lot of ongoing research about THC and CBD is focused on maximizing the potential benefits of the two compounds while ensuring the side effects remain minimal. For users of cannabinoids, emphasize is trained in understanding the potential risks and benefits of the various cannabis products.

Uses of CBD and THC

Cannabis has been making waves due to its numerous benefits, ranging from recreational and medicinal uses to the production of beauty and self-care products. According to Medical News Today, CBD is widely used in the treatment of inflammation, Inflammatory Bowel Disease (IBD), depression and anxiety, epilepsy and mental disorders such as psychosis. THC is useful in the treatment and management of various health conditions. The list includes muscle spasticity, nausea, glaucoma, pain, anxiety, insomnia, and low appetite.

Insomnia is a serious condition that affects up to 40 percent of Americans. The condition is caused by an array of psychological and hormonal factors and medications. THC has been found to be effective in increasing appetite. According to a body of dietary studies, THC can turn on craving for fatty foods and sweets by triggering the hormone ghrelin that is associated with hunger. Although the hormone is mostly present in the stomach, small quantities of Ghrelin are found in the brain and the lining of the small intestines.

To ease anxiety and its effects, CBD has been shown to reduce muscular tension, concentration problems, and restlessness. Advance treatment for epilepsy using has also tested successfully using CBD in various research facilities around the globe. In 2018, the FDA released a statement approving the use of CBD drug Epidiolex for the treatment of rare and severe epilepsy. The oral solution can also be administered to patients suffering Dravet and Lennox-Gastaut syndromes. CBD is widely used for medicinal purposes due to the following properties:
• Anti-psychotic
• Anti-tumor
• Neuroprotective
• Anti-inflammatory
• Anti-epileptic
• Analgesic

The difference between CBD and THC cannabinoid

THC and CBD are known to affect the body’s endocannabinoid system in a variety of ways. The composition of the active compound, THC plays a defining role in the alterations. CBD is mostly extracted from marijuana plants that contain lower THC concentrations. THC is evidently, the most potent psychoactive compound in cannabis Sativa. The compound is best known for producing a high psychoactive sensation or feeling. Research is ongoing to better understand the similarities and differences between the two cannabinoids. According to Healthline, here are the main similarities and differences between THC and CBD cannabinoids.

Research shows that the molecular structure of THC (delta-9-tetrahydrocannabinol) and Cannabidiol (CBD) are similar. The structure reveals the presence of Carbon atoms, Hydrogen atoms and Oxygen atoms (C21H30O2). The molecular weight of the two compounds can be narrowed to 314.5g/mol. The difference in the chemical structure of CBD and THC can be traced to the atomic arrangement. This difference is what causes contrasting effects. CBD is mostly extracted from cannabis plants containing 0.3 percent THC or lower. CBD can revert to THC either through spontaneous transformation or laboratory transformation.

THC and CBD produce different psychoactive effects when used. Whereas CBD is classified as a nonpsychoactive compound, THC often produces a sense of euphoria. CBD, on the other hand, may cause a more relaxing feeling to the body and mind. The THC euphoria reaction comes from THC’s biochemical ability to bind to CB1 brain receptors expressed in the CNS and Peripheral Nervous System (PNS) and cause a sense of euphoria. CBD also binds to CB1 receptors but produces subdued psychoactive effects that may or may not be noticeable. When analyzing the psychoactive differences, THC works by suppressing certain brain activities such as connectivity and processing functions, visual processing and auditory stimulus processing, unlike the CBD.

Marijuana’s potent cannabinoid, THC is classified as a controlled substance in most state jurisdictions and at the federal level. Interestingly, medical marijuana with high levels of THC is legalized in a number of states, including DC. The prescription must only be issued by a licensed practitioner at an approved clinic or treatment center. CBD can be easily purchased in the states where recreational marijuana is approved. Even with the positive safety record, the FDA is yet to approve the use of nonprescription CBD products. The federal laws approve the use of CBD products containing less than 0.3 percent THC concentration.

Research suggests CBD has little or no side effects. The notable side effects include diarrhea, crankiness, nausea, and low blood pressure. Some of the side effects that may be experienced after using THC include red eyes, feeling high, coordination challenges, reduced response time and dry mouth. The psychiatric effects may be more prolonged in teenagers because their brains are not fully mature. The most profound psychiatric disorder is the increased risk of developing schizophrenia. The CBD products in the market are mostly sold in the form of oils, gels, gummies, and supplements. THC is widely available as tinctures, capsules, smokable products, and oils. Before using THC or CBD, you need to familiarize yourself with the local and federal laws on controlled substances, even though none of the compounds is flagged as fatal.

The THC cannabinoids are normally stored in the body fat cells. These are usually the excess cannabinoids not used by the endocannabinoid system, liver or other digestive organs. Cannabinoids can be stored in the fat cells for days. This makes it easy to obtain a positive drug test a few days or weeks after taking THC. Depending on the type of test that is requested, some are more sensitive to THC. The main drug tests for THC include:
• Saliva test
• Hair test
• Urine test
• Blood test (can detect the presence of cannabis in as little as 12 hours)

The difference between CBD and THC also shows in cognitive response, combined interactions and the treatment of anxiety. According to the resourceful News Medicical.net, THC can heighten feelings of anxiety and cause autonomic arousal. The latter regulates critical body functions such as the respiratory rate, heart rate, and sexual response. CBD is more anxiolytic and has very little effect on anxiety. However, CBD can effectively be used to ease cases of depression and seizures.

With regard to interactions, an animal study published in the same online medical journal show CBD can inhibit the uptake of THC. The results of the interaction, however, depend on the ratio of CBD to THC administered during the experiment. In another animal study, CBD was shown to cause mild hyperlocomotion while THC caused complete immobility. There are a few notable cognitive differences between CBD and THC. A growing body of evidence suggests CBD administration and pre-treatment can subdue the effects of THC on various cognitive functions, including emotional processing and verbal learning ability.

Understanding the ECS mechanism and research on synthetic cannabinoids
Because of high interest in CBD and THC, many clinical trials have been given a go-ahead by various US regulatory authorities. Cannabinoids are important because they usually interact with the main regulatory systems in the human body, such as the endocannabinoid system (ECS) to produce altered psychoactive responses. This happens when naturally occurring ECS (CB1 and CB2) fuse with the cannabinoid receptors responsible for various physiological processes, i.e. the pain sensation, memory, and appetite. CB1 is primarily resident in the brain’s limbic system while CB2 is concentrated on the defense or immune system.

Although studies are ongoing to fully understand the ECS, the focus is slowly turning to the exploitation of the medicinal value of synthetic analogs or man-made Cannabinoids. According to NCBI, synthetic cannabinoids (SCs) first appeared in the 70s as researchers were studying the possibility of using the endocannabinoid system to develop effective cancer treatments. Today, there are over 500 synthetic, psychoactive substances on the market. The SCs are mostly sold as herbal blends, liquid formulas, powders, capsules, and tablets. It is important to reiterate that synthetic cannabinoid possesses different pharmacological properties compared to cannabis due to the disparate product compositions and concentrations.

THC and CBD are the most widely researched and used cannabinoids of marijuana. The interest is mostly tied to their profound psychoactive effects and medicinal properties. The main difference between THC and CBD lies in THC’s ability to make someone feel high. States across the US have been looking into the various legislations governing recreational use of marijuana and medical marijuana.

The federal government has been slowly softening its stance on CBD, but it remains openly opposed to the use of marijuana. For this reason, it is important to converse yourself with the various laws before buying, extracting or using CDB, THC and other cannabinoids. Even as interest in THC and CBD goes on, there is also renewed interest in developing synthetic cannabinoids despite the higher risk of physical and mental harm.
CBD has not been approved by the FDA to diagnose, treat or cure any illness.  All of the articles on this site are written by 3rd party content providers, expert bloggers or Doctors not directly affiliated with Eden’s Herbals. Individuals should learn the risks and side effects prior to taking CBD. Make sure to always check with a medical professional before starting any new CBD treatment or medication.
SHARE THIS POST
Previous Post
Next Post 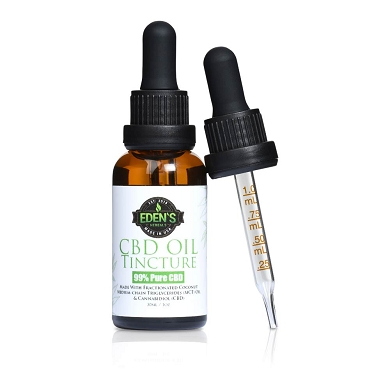 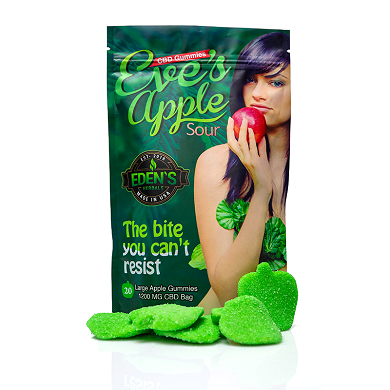