Posted by Eden's Herbals Staff on 8/1/2022 to Information 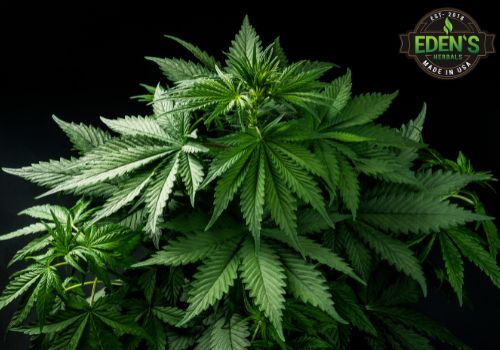 Since the passing of the Farm Bill Act on 2018, we’ve seen an explosion in interest in previously unknown THC cannabinoids. Say hello to the newest kid on the block - THCP.

Before the addition of THCP, discovered in 2019, previous THC analogs hitting the market included delta-8, delta-10, and THC-O. Initially considered the most potent THC, THC-O has been replaced by THCP as the go-to THC for the psychedelic experience.

This post will cover all you need to know about this new THC alternative. Thought to be thirty-three times (33X) more potent than standard THC, there’s still a lot we don’t know about THCP, but we’ll cover all the relevant information that’s been studied on it so far.

Keep reading to see if THCP is right for you.

Precisely What Is THCP?

THCP, short for tetrahydrocannabiphorol, is a cannabinoid related to THC but in much lower concentrations. Because of its low concentrations, scientists didn’t discover THCP until very recently.

Most cannabis varieties contain less than 0.1% THCP. Compare that to THC, which includes a whopping 30%. Be that as it may, THCP holds its own in terms of potency. THCP is thought to bind to cannabinoid receptors up to 30 times more than regular THC.

Does THCP Make You High? 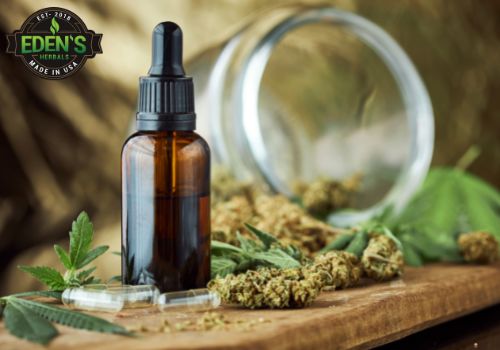 Yes, it seems to offer psychedelic value- although the science is still not 100% established.

Like traditional THC, THCP works with your ECS, or Endocannabinoid System, to promote euphoric and mind-altering effects. As mentioned, users report pretty intense highs - up to 10 times more than standard THC.

Laws are changing fast regarding cannabis, especially any THC derivatives, like THCP.

By law, THCP is not mentioned by name as illegal. In the Controlled Substance Act, part of the federal government’s efforts to classify drugs, THC is illegal in most states. It’s safe to assume that since THCP is an analog of THC, authorities might assume it’s illegal.

States you assume outlaw THCP include the following:

There is one exception, however. That comes in the form of Full-Spectrum CBD Oil, which contains a legal carve-out of 0.3% THC, as long as it’s sourced from hemp. And THCP, along with all the other THC cannabinoids, will appear in traces of most full-spectrum CBD tinctures.

How THCP Compares To THC

THCP vs. delta-8: Around 60x stronger than delta-8. More euphoric, but potentially more side effects, as well.

THCP vs. delta-9: Typical delta-9 dose has 10mg of THC vs. 0.3mg per THCP dose. Because of THCP’s potency, one dose amounts to an equivalent high.

THCP vs. delta-10: Delta-10 is More calming and less euphoric than THCP.

THCP vs. HHC: One of the newest cannabinoids to hit the market, HHC produces effects similar to delta-9 but a little less potent.

THCP vs. THCO: For potency, THCO compares the best with THCP. THCO is also synthetic.

Side Effects of THCP 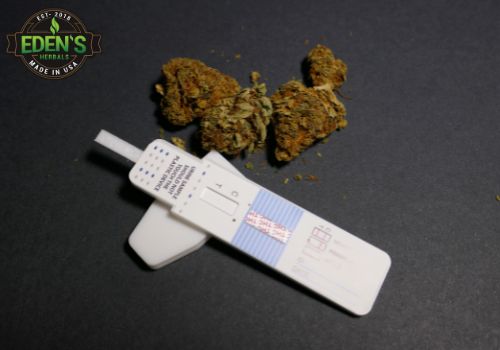 We have precious little evidence on THCP - especially regarding its safety. From the anecdotal evidence and the fact that it’s a derivative of THC, it’s safe to assume you’ll have a similar experience - just a more intense high.

While the jury’s still out on its safety profile, early reports suggest side effects mimic normal THC usage, including:

So, this question is a little tricky - just like THCP’s legality. THCP is all-natural and one of over 100 cannabinoids identified in the cannabis plant.

Because the natural THCP compounds are so low (0.1%), manufacturers recreate and synthesize its production in a lab setting. Through decarboxylation, THCP producers can make THCP much more effectively than trying to extract it from the hemp or cannabis plant.

Will THCP Show Up on a Drug Test?

As discussed, conventional tests haven’t cracked the code on comparing THC vs. THCP - meaning no, THCP won’t technically show up on a drug test.

However, if you’ve recently used THCP, you may test positive for THC. That’s because THCP is converted into THC - usually staying in your body for up to 14 days. If you have an upcoming drug test, consider waiting around three weeks after last using THCP. 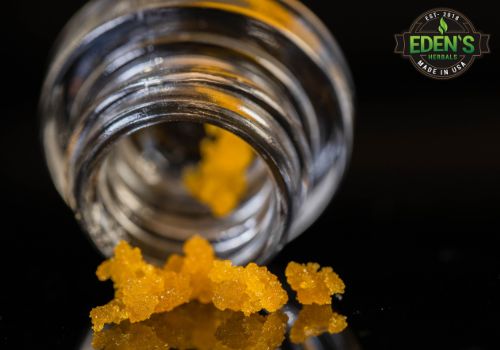 Because of the way THCP binds to your primary cannabinoid receptor, CB-1, researchers believe there may be an addictive element. CB1 and CB2 receptors are your Endocannabinoid System (ECS) couriers, sending signals to your brain and body to produce their effects.

There’s so little evidence; however, we can’t say whether or not THCP is habit forming. Because some commercial THCP is created in a lab setting, there could also be variations on how it was extracted and what chemicals were implemented during the extraction process.

Consider assuming it to be habit-forming for safety concerns, especially if created in a lab setting. As always, moderation is the key. You’re good if you use THCP to unwind and occasionally pick it up.

Key Takeaways: What is THCP?

You’ll still get some of that earthy feel, but with an intense cinnamon blast and 1000 mg of full-spectrum CBD and 0.3% THC. Consider checking out our rewards program link to learn how to save on your next purchase.

If you want to learn more about THCP, contact Eden’s Herbals at [email protected] today!

The articles on this site are written by 3rd party content providers, expert bloggers, or doctors not directly affiliated with Eden’s Herbals.

Individuals should learn the risks and side effects before taking CBD. Always check with a medical professional before starting any new CBD treatment or medication that is not FDA-approved.