The Top 10 Most Popular CBD Products

CBD products are becoming increasingly popular these days, even in the mainstream media. This is partly because the public opinion on these products, that contain low THC but high CBD, is on the rise. Coupled with this is the truth that this type of product has an amazing ability to help reduce symptoms of all sorts of problems in many different ways, including everything from anxiety, Inflammation and pain to TMJ. Different people experience different responses to these cannabinoid products, so it's impossible to make absolute statements about them. However, judging by the increased popularity, there's plenty of reason to believe they can help more than you think.

Each type of product can be divided partly based on how it delivers the supplement. For example, CBD edibles usually involve oil that's been baked into something. You can then eat it in order to get the full effect of the supplement. Alternatively, you can take in the supplement through your lungs, by breathing it in. This includes the traditional method of smoking the plant directly, but it also includes using newer technology such as vaping.

These days, smoking is considerably less popular than it once was, due to studies indicating that the act of smoking itself can be what's linked to various problems, and not the supplement itself. Other possible CBD methods include salves you can rub on your skin, something called "isolate" which means that you get only the supplement and nothing else, and creating crystals out of the supplement so you can use it however you want yourself. You may want to put it into your own capsules, for example, or you might want to bake it into something instead.

One of the most popular methods for getting the supplement into your blood-stream is by using a method that's similar to smoking, but not the same. This method uses something called e-liquid, which has been infused with the supplement and sometimes additional flavors. Then, the liquid is put into a vaporizer, which heats up the liquid until it turns into a vapor, which you can then breathe in. Many sources are saying this is considerably safer than the traditional smoking method. It also gets the supplement into your bloodstream faster than many other Cannabinoid methods.

The old standby, this method requires you to take some cannabis, wrap it in rolling paper, and then light the end, so you can breathe in the smoke. Many people still use this method, since it's relatively simple, and you don't generally need to purchase anything else to do it. If you like, you can even buy products that have been pre-rolled. Or, you can just buy the flower or other product that you want, along with rolling papers yourself.

This is in a class of cannabinoids known as an "edible." In other words, CBD gummies allow you to ingest the oil or another form of the product in order to get its effects that way. They are becoming very popular, especially with the new generation. The old joke about this involves brownies and THC, but many new people are trying out gummies that have low THC in them. They are tasty, and they can get the supplement into your body for an extended period of time. This is one of the advantages of taking edibles. Specifically, it means that if you eat something with the supplement in it, then you are likely to get a longer-term effect.

It means that with gummies in particular, or edibles in general, it's one of the best options if you are going somewhere and want the effect to last a while without having to do anything more in between.

Obviously, this is similar to the gummies, but it hearkens back to an older crowd that regularly used to add the supplement to the baking process. These days you can find this type of food with either a high amount of the supplement or something else related, like THC. The kind that has a lot of the main supplement, apart from THC, is often perfectly safe and legal, depending on the area.

These are still popular, though they do appeal to an older crowd that's used to doing it this way. You can bake CBD into the brownies yourself, either by using oil or just directly using flowers. It's also possible to use other methods like the supplement in crystal form, or using the isolate.

It is important to be careful with this stuff since it's so concentrated, if only because it could make you a little too relaxed or sleepy

A tincture refers to a product that has liquid in it that you pick up with an eyedropper and then place the CBD under your tongue. You only have to put it under your tongue for a period of a minute or two in order to receive the effects. One of the advantages of this type of product is that you get the effects quickly. It often only takes a few minutes in order for you to feel the relief.

This type of item is particularly popular among those people who have severe disabilities, mental illness and physical problems . For example, there have been studies recently that indicate that very high levels of oil can have a strong effect on epilepsy. There doesn't appear to be a drop-off point either. There's some evidence to suggest that the more you use per drop, the more that it helps.

A salve is a unique form for the supplement. Due to this fact, it has specific advantages. Essentially, instead of absorbing the supplement through breathing it in or by eating it, you rub it onto your skin. The absorption is going to be fast this way, which is one advantage. Another is that you can specifically target a sore part of your body. This is why the salve approach tends to be increasing in popularity. It's a product that can reduce pain on your legs, arms, or elsewhere on your skin, all without having any real side effects, for many people anyway.

Capsules are an easy and convenient way to allow you to get the amount of the product that you need. They are also rising in popularity due to the more subtle way you can take them during your day. They are compact and have a longer time of impact in some cases, just like with other edibles. It's a product that enjoys good reviews online, though not as positive or as numerous as some of the other options on this list.

This method is a kind of extract that puts the supplement in a form that looks like hard candy or wax. You can heat it up directly and breathe in the vapor this way. It's a purer form of the supplement, which is one of the reasons it's had rising popularity.

CBD has not been approved by the FDA to diagnose, treat or cure any illness.  All of the articles on this site are written by 3rd party content providers, expert bloggers or Doctors not directly affiliated with Eden’s Herbals. Individuals should learn the risks and side effects prior to taking CBD. 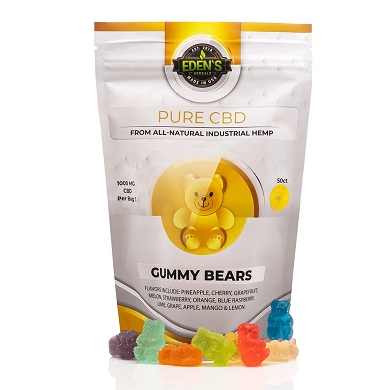 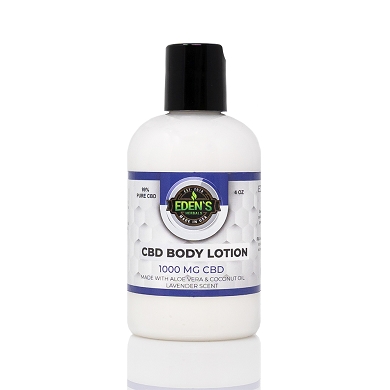